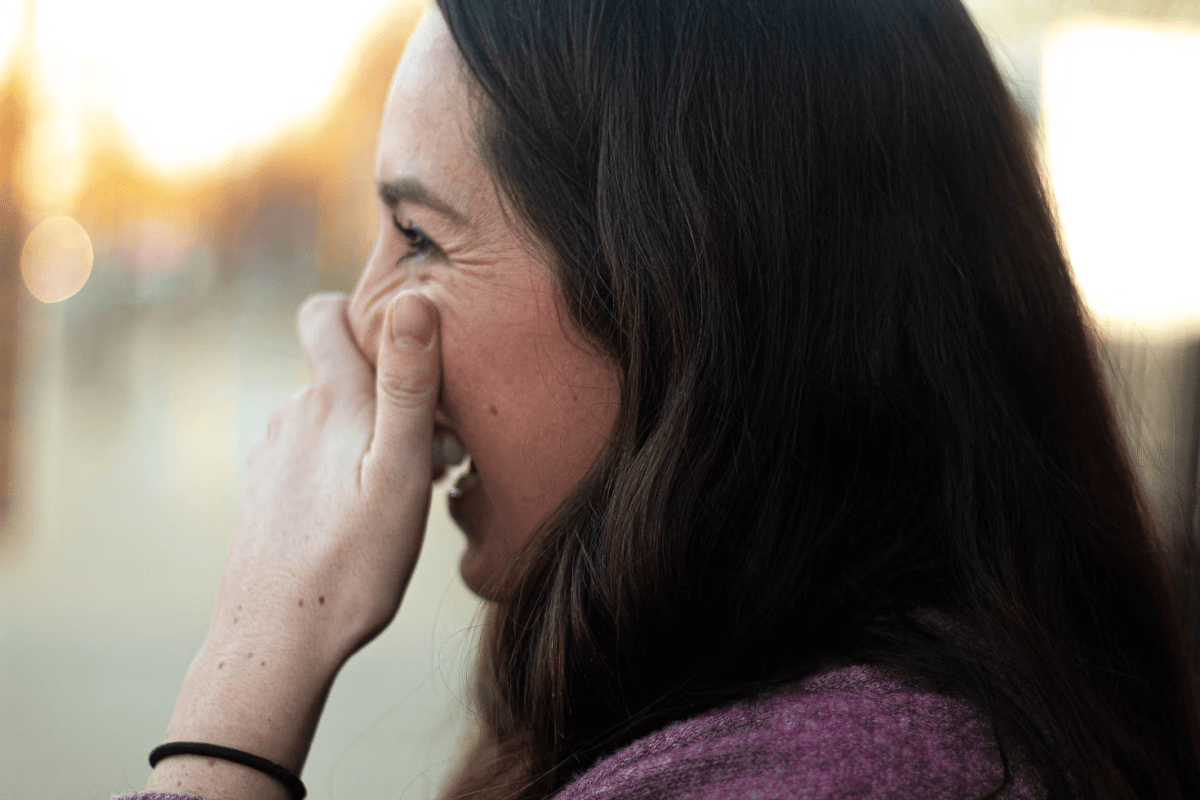 April Fool’s Day is an international day of good humor, but don’t let that give you a false sense of security! When the first day of April rolls around, you’d be wise to keep a keen eye out for tricksters scheming to make you the butt of a joke. On the other hand, you might beat them to the punch with your own clever pranks!

Aside from pulling some good-natured fun on your family and friends, your spring salutation can involve winding down in the beautiful Great Smoky Mountains with some hilarious entertainment. Laugh your socks off this spring at these silly activities and comedy shows in Pigeon Forge!

The Smokies are well-known for family-friendly dinner theater and world-class live entertainment. However, the comedy shows in Pigeon Forge especially make names for themselves. Take your kids to a clean comedy show at the Comedy Barn in Pigeon Forge, or introduce them to the legendary humor of Red Skelton. Buckle up for scandalous scenes of ludicrous feuding at Hatfield & McCoy Dinner Feud and absurd characters with murderous intent at Murder Mystery Dinner Show. No matter which Pigeon Forge theater earns your ticketing reservations, you’ll be in for a raucous evening of tomfoolery!

If there is one place in all the Smokies you choose to go for the hilarity, it should be Comedy Barn. Pigeon Forge’s premier comedy theater is also the oldest of its kind in the world, boasting 28 years in the business of making audience members reel in their seats! On the Comedy Barn stage, you won’t just meet comedians but also magicians, ventriloquists, jugglers, country and gospel musicians, and even adorable animals performing tricks. A fun activity to do with kids of all ages, the clean comedy show at Comedy Barn in Pigeon Forge runs twice a day in the evenings. Get your tickets and concessions, and settle in for some uproarious laughs!

The feud between the Hatfields and the McCoys dates back generations. Sure enough, you can find the two hillbilly families still battling it out as energetically as ever at Hatfield & McCoy Dinner Feud. Through silly antics and impressive stunts, mountain clogging and country singing, absurd comedy and utter chaos, the two sets of multi-talented cousins compete for the audience’s approval. Meanwhile, you get to enjoy a massive, four-course Southern homestyle feast. Eat all the fried chicken, pork barbecue, mashed taters, corn on the cob, creamy soup, homemade bread, coleslaw, and dessert as you want while you choose a side!

The legendary clown, pantomime, and comedian Red Skelton captured the hearts of 1950s and 1960s American viewers with his radio and television shows, namely, NBC’s “The Red Skelton Show” and CBS’s “The Red Skelton Hour.” Though he may rest in peace now, the Red Skelton Tribute Theater in Pigeon Forge keeps his original comedic style alive. The clean comedy show stars Brian Hoffman, the only authorized Red Skelton impersonator, in a series of narrated pantomimes and short skits featuring signature Red Skelton characters like Clem Kadiddlehopper, Gertrude and Heathcliffe, and Freddie the Freeloader. Baby boomers will love this blast from the past, just as much as kids will delight in Red’s timeless sense of humor!

If you think murder and humor are an unlikely pair, you’ll be proven oh so wrong at Murder Mystery Dinner Show! Follow the moonshine-slingin’ Lukes, Sheriff Dillon and the gunslingers of Dodge City, or newlyweds-turned-eye-witnesses Michael and Lisa in one of three parody-style shows. Try to guess “whodunnit” as the events unfold and become more questionable and more ridiculous along the way. While chowing down on a delicious dinner of pulled pork, country-fried chicken, mashed potatoes, green beans, and more, audience members are encouraged to interact with the actors and use their clue packet to solve the mystery. As they say at Murder Mystery Dinner Show, you’ll “laugh til you die”!

Silly Things to Do for April Fool’s

Not all hilarity unfolds on the stage of a Pigeon Forge theater. Sometimes, you can find the seeds of revelry in the most unlikely places, such as the wrestling ring or an unsuspecting shop nestled among many others at The Island. Carry on in your April Fool’s shenanigans with the strongest of the smallest people or crazy caricatures of yourselves!

Who doesn’t love a dramatic flying elbow followed by a good old-fashioned DDT finisher? As extreme as WWE can get, the Micro Wrestling Federation raises the standard for sheer outrageousness with fights exclusively featuring Little People. The all-ages shows pit the meanest fighters against the toughest fighters – all measuring under five feet tall – in an impressive performance of high-flying stunts, body slamming, and hilarious feats of brutality à la micro. Catch the most over-the-top athletics display you’ve ever seen at the Microtorium in Pigeon Forge, headquarters of the number one professional wrestling organization for Little People.

Do you ever wonder what people notice about you first? Do you appreciate a well-played roast? If so, you’d get a kick out of the artwork at Cosmic Pen. Located at The Island in Pigeon Forge, this locally owned and operated artist studio specializes in caricature portraits, a cartoon-like type of visual art that exaggerates facial features to satirize the individual. Get your goofy portrait done to see how you’d look in a zany world, or prank your kid with a portrait of them that will never cease to make them giggle!

If you were to travel to France or Italy, someone might slap a paper fish onto your back and walk away reeling in laughter. If you went to Ireland, you might find people driving on the wrong side of the road. In Brazil, you might choke on your morning coffee at the silliest news headlines you’ve ever read. Fortunately, in the Great Smoky Mountains, April Fool’s is no joke! You and your family will be safe from paper fish, bizarre driving behavior, and droll headlines. Instead, you can embrace the funny times with some top-notch Pigeon Forge theater and family-friendly activities!

Get your entire family ready to laugh with fun barnyard animals, magicians, jugglers, ventriloquists, comedians, live country and gospel music! It’s a night of a thousand laughs – guaranteed! Bring the kids, bring your neighbors, bring your Pastor, bring Uncle Jack, bring your Granny – well you get the picture […] 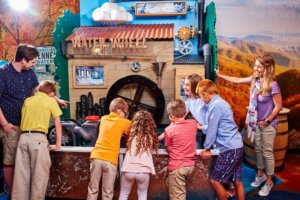 Indoor Things to Do in Pigeon Forge & Gatlinburg with Kids 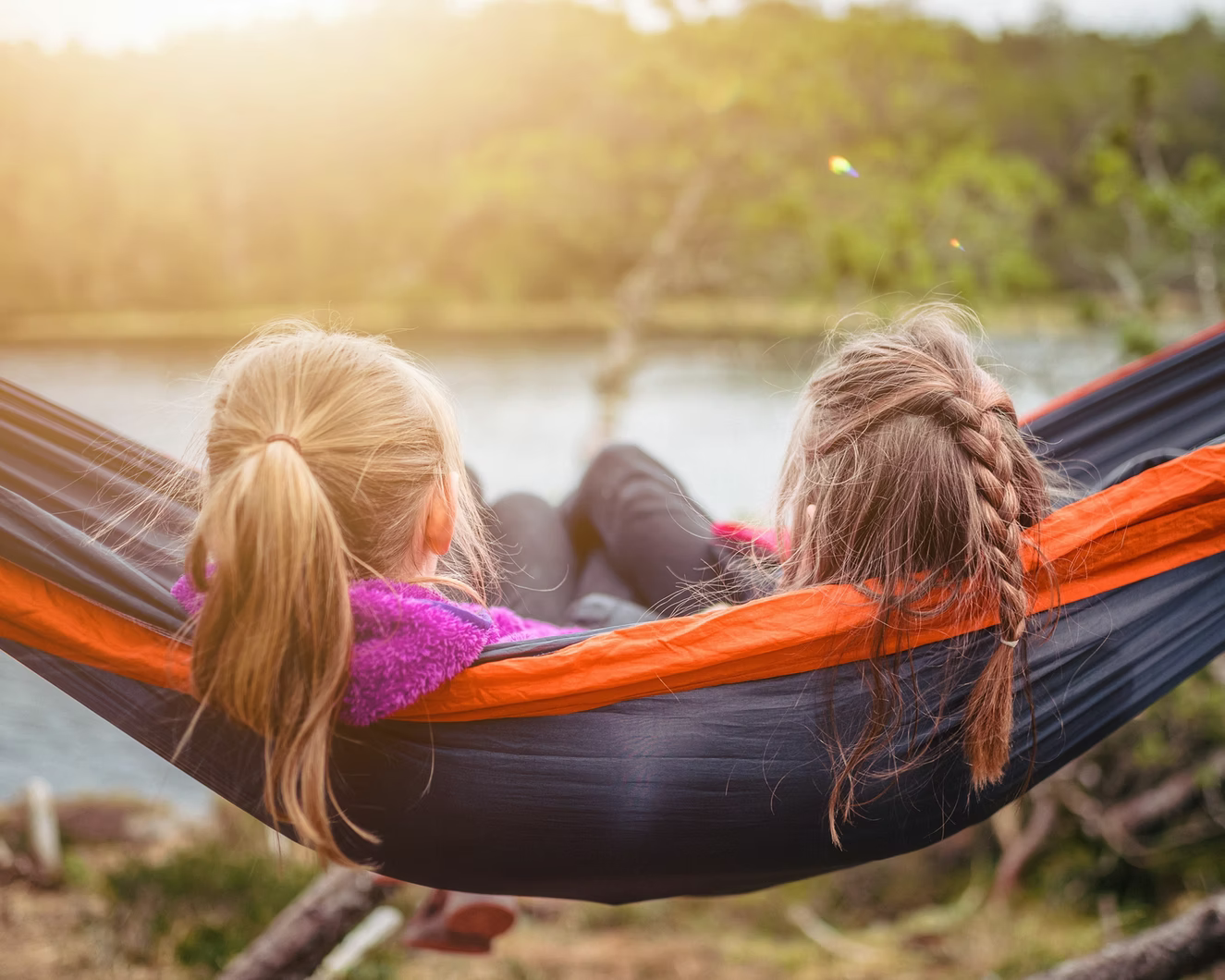 Kid-Friendly Activities & Eats in the Smokies 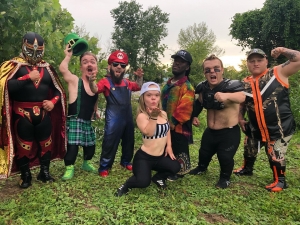 Extreme & Unusual Activities for All Ages in the Smokies