The Wonders of Magic

The Wonders of Magic

Terry Evanswood invites you to journey down his magical memory lane!

Terry Evanswood invites you to journey down his magical memory lane!

Designed to take audiences to the edge of reality and beyond, featuring a death-defying escape that would make Harry Houdini proud. Always interactive, Evanswood invites audience members to manacle him in locks and chains leaving him only 30-seconds to escape a 36-inch, whirling, solid steel, buzz saw descending to its final impact. Will he escape?

Celebrating 17 years of providing awe and wonderment to the millions of people he’s entertained, Evanswood is the longest-running headline performer in Pigeon Forge, a widely popular, must-see tourist destination in the foothills of Great Smoky Mountains National Park and within a one-day drive of most major cities in the Eastern United States. Complimented by a talented cast, Evanswood is one of the most outstanding performers in the industry and is one of a very select group of artists to ever earn a “Merlin,” a highly sought-after award given only to the most elite magicians. Other notables to receive the Merlin include David Copperfield and Siegfried & Roy.

Designed for audiences of all ages, Wonders of Magic features never before seen illusions, from the intimacy of award winning sleight-of-hand illusions, to mind-boggling grand illusions and beyond. Additionally, audience members witness a tribute of titanic proportions as a woman defies gravity as she floats off a water fountain ten feet above the stage. And, highlighting the uniqueness of the Smoky Mountains, Evanswood recreates on stage one of the area’s most famous events – the dance of the summer fireflies. Every summer only in the Smokies, thousands of fireflies light, in unison, and illuminate the darkened foothills of East Tennessee – a phenomenon unexplainable by science. Evanswood highlights this natural dance of light event, in a way only he can create, and an illusion only seen during Wonders of Magic.

During every performance, Terry shares a heartfelt message about hope, love and the reminder of the real “Wonders” of the magical world we all share together. 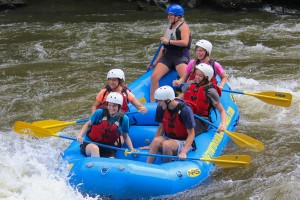